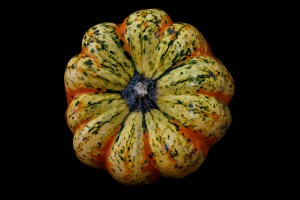 “The English word “squash” derives from askutasquash (a green thing eaten raw), a word from the Narragansett language, which was documented by Roger Williams, the founder of Rhode Island, in his 1643 publication A Key Into the Language of America. Similar words for squash exist in related languages of the Algonquian family such as Massachusett.”